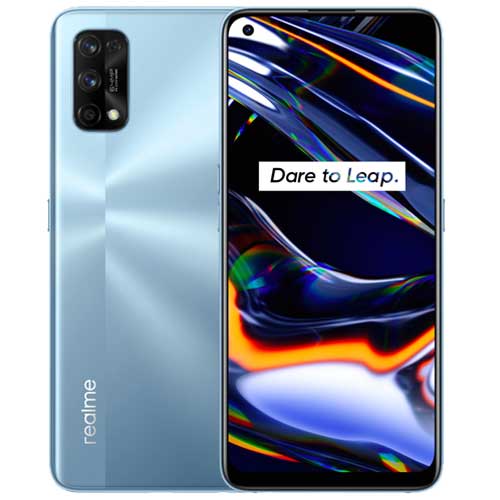 On the rear, both smartphones come with a quad-camera setup. The 7 Pro come with a 64MP primary sensor, an 8MP 119-degree ultra-wide lens, a 2MP macro lens and, a 2MP depth sensor for the portrait shots. On the front, the Realme 7 pro includes a 32MP selfie camera. One change in the specification is that Realme 7 comes with a massive 5,000mAh battery in comparison to Realme 7 Pro includes a 4,500mAh battery. The Pro model comes with 65W Super Dart charging support.

The Realme 7 pro has some pretty big shoes to fill, and it's time to see how much has actually improved over the Realme 7. From my perspective, the Realme 7 pro brings in three main upgrades a new SoC, a bigger battery, and a new primary camera sensor. Let's see if these upgrades are enough to make it worth recommending.

Design & Built Quality-
Inspired by the mirror space in nature, the realme 7 series presents a brilliant mirror design. The bold split of the design brings a new visual impact, but with the stunning light effects, a balanced natural beauty is revealed. The popular AG processing with classic CD textures makes the phone looks more premium.

No new Realme smartphone is complete without a fresh design for the back. The Realme 7 pro features a mirror-split design, which creates some interesting patterns when light hits it.The rear camera module now has a slightly different design.Overall, the Realme 7 pro looks fresh and new from the back, which the company desperately needed since the rest of the phone hasn't changed much.The Realme 7 Pro model also looks sleek and slim.

Side by side, the Realme 7 pro looks practically identical to the Realme 7. The placement of the buttons, fingerprint sensors, SIM trays, and all the ports at the bottom on both phones is pretty much good. The Realme 7 pro is actually thicker (8.7mm) and less heavier (182 gm) than the 7,due to its less battery, and this is very noticeable in daily usage. One-handed texting or photography can get fatiguing really quickly due to the additional weight.
Realme 7 Pro comes in two colours - Mirror Silver and Mirror Blue.
Ergonomics aside, the Realme 7 pro feels well-built and sturdy. It still uses plastic for the frame and back panel. The SIM tray has three slots for two Nano-SIMs and a microSD card.

Overall, the Realme 7 pro feels solidly built for a budget phone.The box contents are what you'd expect, including a fast charger, a USB cable, and a case.

Display-
The display appears to have been lifted straight from the Realme other Versions.The display can get very bright, and colours are nicely saturated. I noticed some minor off-axis vignetting in the corners when displaying lighter backgrounds, but this isn't worth fussing over.

The realme 7 pro comes with a Super AMOLED display with screen resolution of 2400 x 1080 pixels(full hd+ resolution),20:9 aspect ratio, screen-to-body-ratio of 90.8 per cent(~411 ppi density).It also comes with 180Hz touch sampling rate as well as 600 nits peak brightness and 98 percent NTSC colour gamut.
We can have a full view display with a punch hole situated on the left corner of the phone.As far as we know,the phone is protected with a cornila gorilla glass 3(exact glass number is not estimated yet).The videos on display are really colourful & eye catching to see.Overall we can say that,It's a very vibrant & vivid display.

Performance-
Performance is really satisfactory. The Realme 7 pro uses Realme UI, based on Android 10, which worked smoothly. Face recognition and the on display fingerprint sensor are also quick. Navigating through the interface felt snappy on the 8GB RAM variant.Apps were generally quick to load, and that 60Hz refresh rate made scrolling through menus feel smooth. There's also a good selection of live wallpapers and plenty of utilities such as Smart Sidebar, a built-in screen recorder, and several gestures and shortcuts.

The Realme 7 pro is good with games too. Battle Prime looked great at the highest graphics settings and gameplay was smooth. Racing titles such as CarX Drift Racing 2 also offered a good experience. The Game Space app helps organise all your games in one place and lets you easily access things such as screen recording and WhatsApp messages while playing.

The Realme 7 pro didn't get hot when stressed. I noticed a bit of heating after a long time gaming. Realme says it has used a carbon fibre cooling system in the 8, which seemed to do its job well.
Watching videos was a fairly enjoyable experience on the Realme 7 pro. 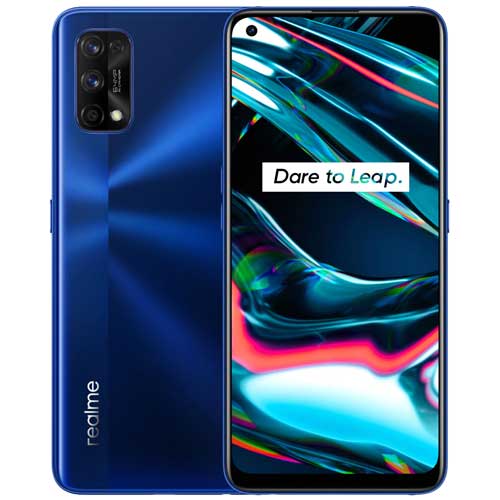 The big change in the Realme 7 Pro is the primary rear camera. It's still 64 megapixels, but Realme has switched to the Sony IMX682 sensor, instead of the Samsung GW1 sensor.The Super Sharp Sony Sensor
Upgrade to a New Smartphone Photography Experience.Sony IMX682 sensor has incredible light-sensing ability, and comes with 1/1.73" super large size sensor, 64MP super high pixels, supports Quad Bayer, pixel size up to 1.6μm. Even in low light, your pictures will come out super bright. Realme also says it's using a new “ultra high definition” algorithm for the 64-megapixel mode, which promises better clarity and detail compared to the sensor on the Realme 6.

If we zoom in all the way to a specific portion of any image, we'll see that the Realme 6 capturs a cleaner image with less grain, but textures are heavily smoothened. The Realme 7 pro retains better textures, but at the cost of having some grain in the photo.

However, when shooting in the default photo mode, there's a noticeable improvement in pixel-binned images captured by the Realme 7 pro. It exhibits improved dynamic range and exposure, with better details.Low light photos look cleaner too, with less grain. Shots captured using Night mode look more pleasing, compared to what the Realme 6 can produce. Overall, the new sensor is slightly better than the old one, and that's never a bad thing.

The Realme 7 pro does a good job with close-ups too. Details and colours were often very good and the autofocus worked well. However, the rest of the cameras are very similar to what we've already seen on the Realme 6 & 7, in terms of specs as well as the types of photos you can expect.

The ultra wide-angle camera captures a wider perspective but details and colours are weaker compared to the main sensor. This is more prominent once you begin cropping the photo. Portrait shots generally looked good, and you get the option to adjust the background blur before shooting. The 2-megapixel macro camera is not great, and even photos taken in broad daylight look quite poor.

Realme innovatively brings the Pro mode to night shooting. In Pro Nightscape, you can freely adjust the shutter, ISO, white balance and other parameters. With the 64MP high-quality primary camera and multi-frame algorithm, it brings better clarity and more possibilities for artistic inspiration in night photography.The realme 7 Pro camera has built-in a set of the most popular night filters. With just one tap, you can easily click those city night scenes, in a whole new stylish way.


Realme 7 Pro features realme’s highest resolution front camera. The 32MP camera with AI beautification can reproduce your crystal clear beauty. Even in the dark night, the Nightscape mode can also capture bright selfies with crisp details and balanced exposure.I found the 32 megapixel selfie camera to be perfect. Selfies taken during the day looked decent, HDR also have been handled better. Portrait mode is useful as it manages to correctly crop out the background. In the evening or night, you can get highly usable selfies provided there are bright enough light sources around.Night mode is available, but selfies looked over-sharpened in my experience.In night mode,selfies look really impressive without any noise.

Thanks to the newly upgraded Sony IMX682 sensor, we've developed a new ultra-high resolution algorithm for the 64MP mode, giving you unparalleled clarity in every 64MP shot.

Video performance-
With the excellent sensor and powerful ISP, realme has developed unique Ultra Nightscape Video, which improves the light sensitivity while applying noise reduction and color boost algorithms to bring brighter and more clear night videos, beyond what the human eyes can see.

The Realme 7 pro can shoot videos at up to 4K.Colours are a bit on the warmer side. Videos shot with the ultra-wide angle camera are stabilised and the resolution is limited to 1080p. Ultra Steady mode offers the best stabilisation but the frame is heavily cropped and footage looks a bit soft.Video quality could be better i guess.

Bottom Line –
Realme 7 Pro is something new to use.It really gives a pro feel to the users.It performs like a Pro.It offers really new & good features within an affordable budget.I have used this killer smartphone for some days & i found it really better than other ones.I think this's going to be the most popular phone in a few days among all of the smarphones within this budget.

Vivo has recently launched a mid-range segment in August 2020. And It's a Y-series(20) smartphone. Before this Y20,Vivo has already launched a lot of Y series phone at a very affordable price such as Y50, Y11, Y90 etc. This time we are going to see what new or special features Vivo has added. With Vivo Y20, Vivo also has launched another model of Y series that is named Y20i. This two phonesBangla....English
Tecno Spark 6 Air Review