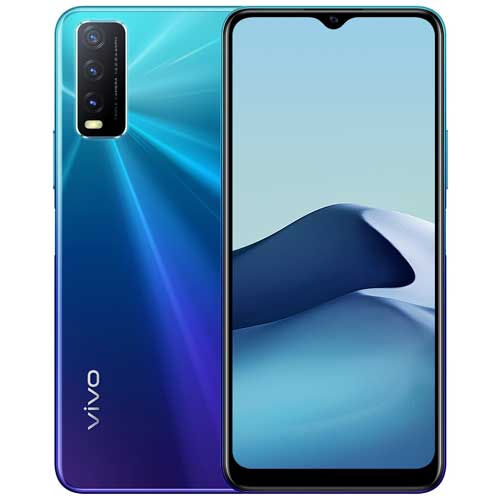 Vivo has recently launched a mid-range segment in August 2020. And It's a Y-series(20) smartphone. Before this Y20,Vivo has already launched a lot of Y series phone at a very affordable price such as Y50, Y11, Y90 etc. This time we are going to see what new or special features Vivo has added. With Vivo Y20, Vivo also has launched another model of Y series that is named Y20i. This two phones are quite similar but have some changes in terms of specifications. Comparing between this two,Y20 is mostly the highest apparent.

Design-
Vivo Y20 has come with a stunning look this year. The selling point of this phone is mainly the gorgeous looking design. Though the design of this phone is similar to Y50.It supports 6.51 inch HD+ display and a water-drop notch at top of the center that carries 8MP selfie camera at the front. And the bazel of this phone are thin enough. and the front is protected with cornila gorilla glass.
It has two sim card slot & a microSD card slot too. And in this low budget, It's a great opportunity i think. Below,The phone has a 3.5 mm headphone jack & a microUSB-charging port. I think That's a draw back for this phone. Because in this budget the other companies provide type-C port for charging.

It has gradient color with glossy finish at the back. The rear panel of the phone features a triple camera set-up with the top left corner Including LED flash. The triple camera includes 13 MP main camera,2 MP macro lens & 2MP depth sensor. and around the camera setup, there is a sun-rise effect on the back. It has also a golden finish around the camera bumper That makes the back more gorgeous. But the phone is made of plastic. This phone is available in two colors. It was launched in Obsidian Black and Dawn White colors.

As It's a Plastic phone It's not scratch /smudge proof. The white one helps to hide the fingers' smudges on the phone. The physical dimension of this smartphone matures at 164.41 x 76.00 x 8.41mm (height x width x thickness) and weighs 192.30 grams.

Display-
Vivo Y20 smartphone comes with a 6.51-inch touchscreen display with a resolution of 720x1600 pixels. It's an IPS LCD display that includes HD+ resolution. Along with, the display has 270 ppi density. Judging to the given price, we can't say that It's a good diplay. Because, In this budget we can see Full HD+ display provided by other companies.
It is not the highest resolution display in this price range, a lot of phones like the Redmi Note 5 Pro or the Zenfone Max Pro M1 or even the new Moto G6 offers a superior FHD+ resolution.

For starters, the Vivo Y20 comes with almost Bezel-less display with 19:9 aspect ratio, and at the top of the screen, there is a water-drop notch that is not too wide or deep. But it is there, and you will notice it while watching display. But you'll be used to it soon. For being a HD+ display, It'll not give you Comfort while watching movies or any kind of videos. Because, It's the age of Amoled panel. But It could give justice to the users if it was a Full HD+ Display. Whatever, It's a good display in general. The colours of the pictures/videos are bright enough & not so fake also.

The Vivo Y20 processor consists of an octa-core core processor enriched with the Qualcomm SM4250 Snapdragon 460 (11 nm) chipset, including the Kryo 240 Cortex structure which has a maximum clock of 1.8 GHz. The refresh rate provides extremely smooth viewing of images when you switch from one application to the next. This processor has a reputation for not losing a lot of battery power. In addition, the Y20 mobile graphics module is equipped with an Adreno 610 graphics processor which provides a pleasant visual experience when playing games and watching media.

The entry-level and mid-range processors of the Vivo Y20 are also suitable for low-end gaming. You can play PUBG with a consistently high frame rate by default. By selecting the balance mode, you can play PUBG at a moderate frame rate. Freefire games run more smoothly on this phone. You can also try other high-speed games with the Y20. Its 4GB RAM provides good support for multitasking and various applications.

What’s more, it comes with 4 GB Ram, and there is 64 GB internal storage that is expandable up to 256 GB. There are some software enhancements.

Sensors & other Features-
Vivo Y20 comes with some good features & good sensors. Sensors on the phone include a Fingerprint sensor,a Compass/ Magnetometer sensor, a Proximity sensor, an Accelerometer, an Ambient light sensor and a Gyroscope. Connectivity options on the Vivo Y20 include Wi-Fi, GPS, Bluetooth v5.00, USB OTG, Micro-USB, and FM radio. 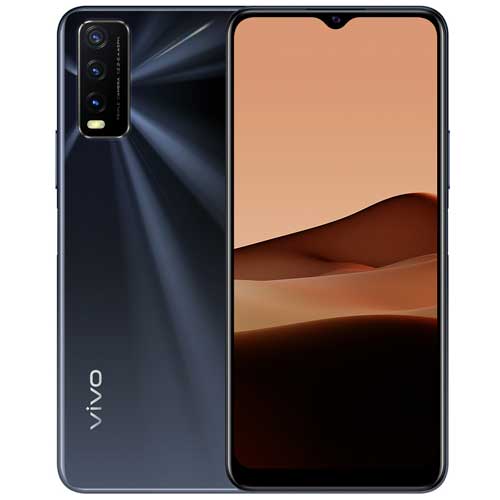 Overall, the camera is average when you consider the price point. Portrait mode works well via the rear-facing camera, and gives you manual control over settings like ISO and white balance. There is no ultra-wide sensor on this camera bumper. So you can't capture landscapes.

When you'll open the camera app, you will see a lot of features like portrait mode, white angel shots, micro shots etc.

Any attempts to take photos in low light will be noisy or unusable. Things are improved slightly by the built-in AI mode, It also recognizes low-light situations and does its best to compensate. Overall, the low-light performance of the camera is bad.

To use the macro lens, you need to enable it in the camera menu. The main problem with the macro camera is that it lacks autofocus or any kind of focus assistant. This means that getting the subject in focus is hard. From the 15 or so images I took, there was only one in focus, and the 2 MP depth sensor is good for nothing. But for some people it can help in taking some detailed photos.

The front camera is a reasonable 8MP shooter. Portrait mode is available and works using face detection and computational photography since there is no front-facing depth sensor. That doesn’t mean the results are bad, but don’t expect the same quality as portrait shots using the rear camera. The front-facing camera also has a palm shutter mode, which triggers a timer when a palm is detected in the frame. It worked well the few times I used it.

Considering the value for money, the triple camera of the Vivo Y20 is an overall plus point for the device.

This Y20 phone has a massive 5000mAh battery. That standby is a gift for those who want to make their phone irresistible. What else? The smartphone pack comes with an 18W fast charger that can charge this device up to 33% in 30 minutes. Despite having a large battery, this phone doesn't feel heavy (192.30gm). Undoubtedly, this time Vivo deserves credit for maintaining a good weight distribution on the Y20.

Its smart system can adjust background power consumption for apps to extend battery life. In addition, the super power saving mode and the on-screen battery optimization function can slightly reduce the display effect of saving battery power. When the battery level is low, a radical power saving mode can be turned on to extend the battery life. In this mode, you can still use six commonly used apps to meet basic needs.

Conclusion-
Vivo Y20 is a budget phone. But it has some draw back side also. It doesn’t belong any Full HD+ display. But it has a great battery life. Its' camera quality is good enough but not the best. But you also have to see the price range also. For the starters, It can be a good option. But for the heavy users It's not good enough to buy. For the gamers, It's an average phone. So you can see the full review & make your decision.

Oppo A17 is a budget smartphone that offers a decent set of features for its price point. The device features a 6.44 inches HD+ display with a resolution of 720 x 1600 pixels. It is powered by a MediaTek Helio P35 processor, paired with 4GB of RAM and 64GB of internal storage, which can be expanded via a microSD card.Oppo A17 has a quad-camera setup on the back, consisting of a 13-megapixel....English
Samsung Galaxy Note 20 Ultra 5G Review

The Samsung Galaxy Note series has always been the smartphone of most professionals, myself included. I was originally connected and haven't been able to walk since then. With Note devices, you feel like you can do whatever matters. And that's the feeling I got again after holding the Samsung Galaxy Note 20 Ultra 5G in my hand. But worth Rs 1 Lakh+ money, is this phone worth it? Read the review forBangla....English
Tecno Spark 6 Air Review