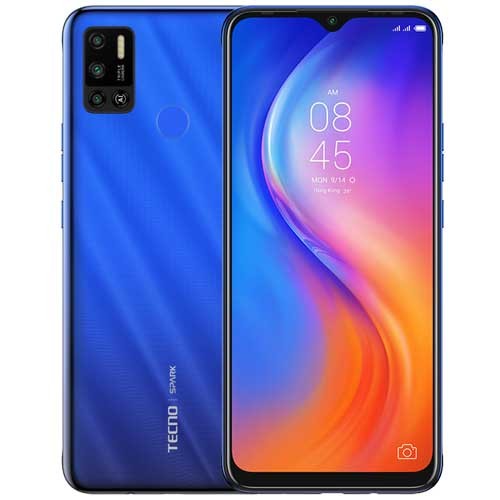 Tecno's popular series of smartphones 'Tecno Spark 6 Air' has been launched in Bangladesh which is a low budget phone. Officially, the sale of the phone has already started in the market. The last few days I have been using this phone. And I have found the similarity of the Tecno Pouvier 4 with the phone in use. The key is to buy the phone that will attract the buyers. But the first thing that caught my eye when I got the phone was the fact that there is an earphone in the box of the phone which is not available with other expensive phones lately. Let's not exaggerate now, let's see the details of the phone, First of all let's talk about the design of the phone...

Design-
The phone is beautiful to look at but quite large in size. The phone has a display with a screen of 7.00 inches. Those who like the big screen phone a lot, they can buy the phone and enjoy it while watching videos. But those who don't like big screen phones, the effect of the big screen of this phone will harm the buyers mind. It is very difficult to operate the phone with one hand. However, while watching video / gaming or movie, the large display will make you feel comfortable.
The front of the phone has a water drop notch and the phone can be called almost bezel-less.

The back design of the phone is a combination of Tecno Pouvier 4 and Tecno Spark 5 Pro. The design of the back part is very attractive. And the whole phone is made of plastic. It is unreasonable to expect glass or metal body on such a small budget. After a few days of use, scratches will fall on the body of the phone.

The back of the phone has a triple camera setup with LED flash and AI camera. There is also a headphone jack, power button, volume button, SIM card slot, charger slot which is an integral part of any android phone. The phone also has a rear mounted fingerprint sensor.

Display-
The Tecno Spark 6 Air phone has an HD Plus IPS LCD panel in the display section. The phone comes with a 7.00-inch touchscreen display with a resolution of 720x1640 pixels & 256 ppi pixel density and an aspect ratio of 20.5:9 & screen-to-body ratio of 84.17 %. Color accuracy on the display of the phone can be said to be moderate or correct, but it is lacking mainly in the sharpness. Isn't it normal for this to happen?

The 7.00-inch large display screen with the PPI density of the phone is only 270. So there is a lack of quite a bit of sharpness. However, those who are moderate users will not understand any difference in day to day use.
Needless to say, despite the phone being a budget phone, the outdoor visibility of the phone was quite good. Since the company's main target was a large display at a low price, they are successful in this goal. All in all, this display of the phone at this price will not disappoint you.

Camera performance-
The Tecno spark 6 Air has a triple camera setup on the rear camera. The three camera lenses are interconnected, the Tecno Spark 6 Air has a primary camera of 13 megapixels, an f /1.8 aperture and a second 2 megapixel depth camera sensor. The phone also has another AI camera. Some features have been added to its features - digital zoom, auto flash, face detection, touch focus, etc.
And a 8-megapixel f / 2.0 aperture camera on the front for taking selfies.

Now let's talk about camera performance. Its camera has performed quite well in both daylight and low light according to its budget which adds a plus point to the purchase of the phone. However, there is a lack of sharpness which I Don't think was a big issue. Because the picture quality of phones in this range is like this.

With the 8 MP selfie camera provided in the front camera of this phone, you can capture beautiful selfies in daylight.
However, in low light the camera is not able to show a very good performance.

There's also settings for Exposure compensation & ISO control. Image resolution 4128 x 3096 Pixels. It’s shooting mode is Continues Shooting, High Dynamic Range mode (HDR). Physical Aperture F2. It has also Dual LED. However, the quality of video quality on the phone is quite poor and does not support 720p or HD.

Features-
Connectivity options on the Tecno Spark 6 Air include Wi-Fi, Bluetooth v5.00, 3G, and 4G with active 4G on both SIM cards. Sensors on the phone include accelerometer, ambient light sensor, proximity sensor, and fingerprint sensor.

Major drawback of this phone is that it doesn’t support video calls not jio not even whatsapp. Processor is not latest but fine for non gamers.Overall looks great and impressive, lot of bloatware that needs to be disabled. 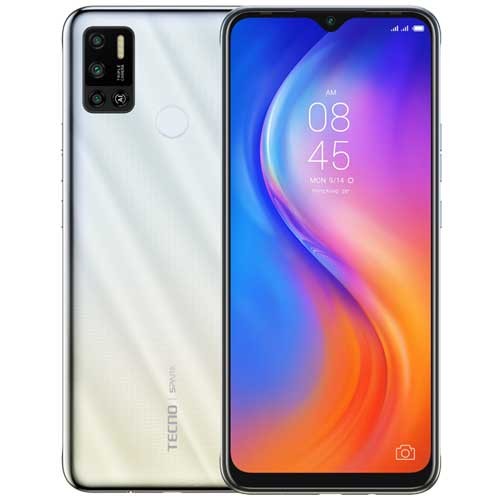 Performance-
In the chipset section, the phone uses MediaTek Helio A22 (MT6761) processor and its clock speed is 2.0 GHz. It is a quad-core processor. It is available in 2 variants. 2/3 GB RAM and 32/64 GB Rom.
The Tecno Spark 6 Air runs on Android 10 and is powered by a 6000 mAh battery. The phone runs HIOS 6.2 based on Android 10.Its storage can be expanded via a microSD card with a dedicated slot (up to 1000GB) with a dedicated slot.

With this processor you will not be able to play very heavy gaming. Luckily I have been able to play on this phone very comfortably with free fire with standard graphics and I have not been able to find a Hang Lake there. However, it is very difficult to play Pubg game on this phone. Because, in the processors of A22, Pubg cannot be expressed very well.

This phone has a lot of overheating issues. Helio A22 is a low range chipset so if you use it heavily then it will give you quite a hit issue - I think that's very normal. So my suggestion would be not to play gaming heavily form with this phone.

For security, rear mounted fingerprint scanner and face unlock have been used in the phone. I checked and found that the scanner works quite fast. It could be unlocked very fast as soon as you touch it with your finger. The call quality and sound of the phone was quite good. At the same time the speaker quality of the phone was quite loud with which you can do any media watching quite comfortably.

Battery life-
The most noticeble side of this phone is its battery pack. The phone is backed up by a TYPELi-ion 6000 mAh battery with a huge monster size. This same battery set up was used by Tecno Pouvier 4.You will also get 11 hours of continuous on-screen backup for heavy usage.

And in case of charging, it will take almost about 3 and a half hours to fully charge with the charger given in the box. Because no fast charger has been given in it by the authority.

Good side-
1. The design of the phone is quite good
2. Good display on low budget
3. Camera performance is also good as a budget phone.
4. Especially the deadly battery back up of the phone.

The bad side-
1. The charging time of the phone is much longer.
2. Low chipset quality
3. No fast charging
4.Bad gaming performance.

Conclusion-
The budget aspect of the phone does not actually go with any complaints for the usage of this phone. The reason for taking more charging time is that the phone is not provided fast charging as it is low budget. For starters, the phone is a very good option in such a low range where you can use it very well in day-to-day life. But if you are addicted to games or you are buying your phone Because of gaming, you must see another option. And if your budget is high, you can look at other companies' mid-range sets.
But if you want a beautiful design, highest battery life, large display screen and good camera on a low budget, the Tecno Spark 6 Air phone can be a gift for you at this price.

Vivo has recently launched a mid-range segment in August 2020. And It's a Y-series(20) smartphone. Before this Y20,Vivo has already launched a lot of Y series phone at a very affordable price such as Y50, Y11, Y90 etc. This time we are going to see what new or special features Vivo has added. With Vivo Y20, Vivo also has launched another model of Y series that is named Y20i. This two phonesBangla....English
Realme 7i Review

Technological advances are making cell phones smarter every day. But the price went up too! If you want to buy a smartphone at an affordable price with modern features, don't miss the Realme C series! Having opened in the local market in Bangladesh in February 2020 with the launch of realme C2, the pioneering realme brand surprised us with a wide range of high-end phones at a reasonable price range. In thisBangla....English
Xiaomi Redmi K30 Ultra Review

Xiaomi ships are always popular for their excellent value for money. However, if you are familiar with Xiaomi's strategy, you should know that companies usually cut some features to save money. Take the Redmi K30 Pro, for example. This phone lacks a high refresh rate display, the most popular feature of 2020. They have now fixed the flaws of this new Redmi K30 Ultra with 120Hz refresh rate.However, as mentioned above, theBangla....English