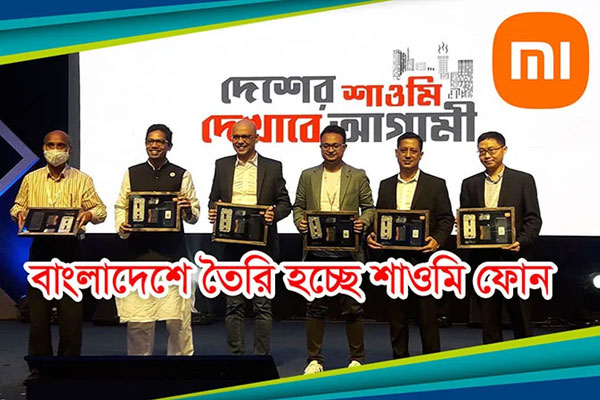 At the beginning of the program, Ziauddin Chowdhury, Country Manager of Shaomi Bangladesh, mentioned the reasons for launching Xiaomi's factory in Bangladesh. In his presentation, he highlighted Xiaomi's progress in the international arena.

He said Xiaomi has set up a factory in Bangladesh with manufacturing partner DBG. DBG is a global EMS company, with a manufacturing business worldwide. Some well-known brands and consumer electronics products from different countries including China, Vietnam, India are explicit listed companies in their factories.

Ziauddin Chowdhury said that Xiaomi's unique and innovative idea, direct-to-customer business model has played a groundbreaking role in the smartphone industry. Xiaomi is promising to work in the Bangladeshi market in the long run by producing smartphones. Such investments will connect many more international organizations to the 'Made in Bangladesh' program and will play an important role in making Bangladesh known to the world as a manufacturing hub. 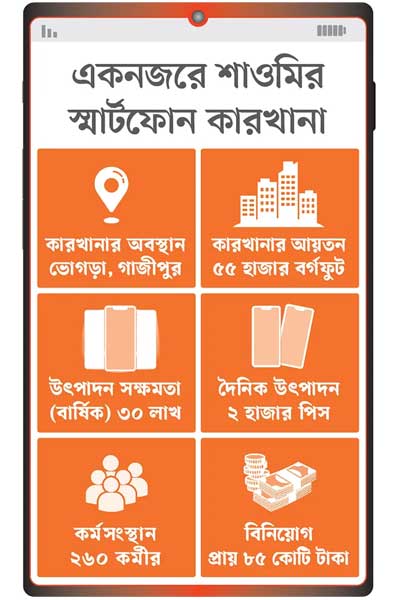 He said Xiaomi's Bangladeshi factory will employ about a thousand people. The 55,000 sq ft factory is located near Gazipur Bypass Road. For strategic reasons, Xiaomi chose Gazipur to set up the factory. There is a skilled workforce, a strong supply chain - so Xiaomi has chosen the place as a technology company with a combination of everything.

It was informed at the event that Xiaomi is starting production of phones with Redmi sub-brand smartphones at the factory in Bangladesh, which is scheduled to hit the market in the first week of November.

Salman F Rahman said that the success of Digital Bangladesh is proved by the establishment of manufacturing plants of companies like Xiaomi in Bangladesh. We are very happy to be a partner in setting up Xiaomi's first production unit in Bangladesh. We believe that this partnership will create more opportunities for the country's youth and Bangladesh will be the hub of the global electronics manufacturing ecosystem.

Zunaid Ahmed Palak said that most of the foreign smartphone companies selling phones in Bangladesh have started production in Bangladesh. Xiaomi is one of them. We hope that the Xiaomi phones produced in the country will meet the demand of Bangladesh and be exported abroad.

He added that Bangladesh is gradually being transformed from an importing country to a producing country. By 2041, we will be at the top of the world in the export of electronics products. All this has been made possible through the declaration of Prime Minister Sheikh Hasina's vision of Digital Bangladesh. Sajeeb Wazed Joy, ICT Adviser to the Prime Minister, is playing a leading role in the implementation of Digital Bangladesh.

According to Xiaomi, the company will sell smartphones as well as wearable smart devices such as shoes in the country.