Top 5 Upcoming Smartphones of 2021 That Are Worth the Wait 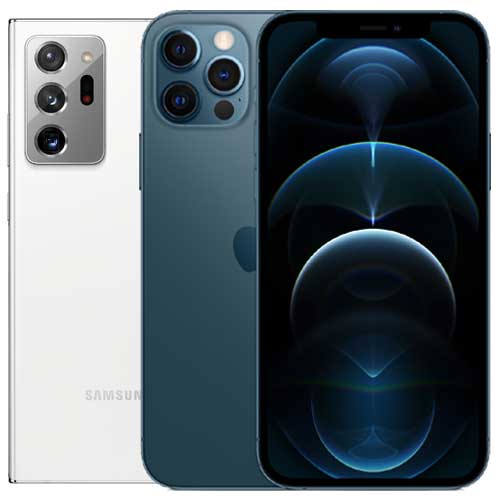 Introduction
The year is coming to an end and although 2020 has been marred by the pandemic, we can hope for a new beginning in the new year 2021. One of the best ways to move forward with a fresh new beginning is new mobile phones. So, unsurprisingly a majority of us experience a completely new start when we upgrade to a new phone, whether they are used or the latest mobile phones.

Today we will look at not the latest mobile phones now but the new mobile phones that we can expect to see in the new year 2021. There are many new phones that will be launched in 2021, but we will focus on the top 5 upcoming smartphones of 2021 that are worth the wait.

The Pandemic & Its Effect on The Smartphone Market
Before we look at the most awaited smartphones of 2021, let’s first get a quick overview of how the smartphone market has been affected by the COVID-19 pandemic.

The Mobile World Congress began in 2006 and has since been one of the most sought-after events when it comes to the launch of new mobile phones and all the hype surrounding the latest mobile phones or mobile devices.

Due to the pandemic, the event was canceled for 2020 and has already been postponed for 2021. At the time of writing this article, the event is speculated to be happening in late June 2021.

As a result, many of the leading manufacturers of mobile phones had to restructure their latest mobile phone launch strategies accordingly. But the smartphone market did not experience a massive hit, as consumers are still hyped at the new mobile phones that released in 2020 and are eagerly waiting for what’s to come in 2021.

In the past decade, the smartphone market has achieved amazing things from no bezel, no notch to folding devices, and much more. The upcoming new mobile phones of 2021 will not only be an improvement on many of these, but we also cannot wait for more innovative and futuristic designs.

So now in the post COVID-19 era, we are likely to see a lot more innovation in the age of the superfast 5G connectivity era.

Now Let’s Check Out the Top 5 Upcoming Smartphones of 2021
In our outlook of the top 5 smartphones, we will highlight the most anticipated releases by the 5 of the giants in the mobile phone industry. We will talk about their new mobile phones, their latest mobile phones’ features and an approximation for the mobile phone price in the global market.

The iPhone is one of the most in-demand phones in the world and the Apple products have a fanatic following from its iconic single-button design to its complete revamp with the no bezel, notch display of the iPhone X.

So, in 2021, fans and competitors alike will be anticipating its iPhone 13 series and potentially the continuation of its SE model in a larger size. So, we may see a range of new releases by Apple in 2021 such as the iPhone SE 2, SE Plus, and of course the iPhone 13 series.

But as we have seen in 2020, the mobile phone price for Apple iPhones and its accessories are not likely to go down. You will still have to dig quite deep into your wallets to get your hands on the latest mobile phones by Apple. A modest budget will be at least 1000 US dollars.

You can still consider getting a used mobile phone or even an older model such as buying the iPhone 11. Before you set your eyes on the iPhone 13 series, it is also worth finding out what’s new in the iPhone 12. Not only will you save money when it comes to the new mobile phone prices in 2021, but you will be better aware of the features that impress you the most.

iPhones have always generated a lot of buzzes and with the triple camera design we have seen already, the 13 series is rumored to have a quad camera and its latest bionic chipset. The newer iPhones are built not just in a sleek design but are also extremely high performance.

2. Samsung: Galaxy Note 20 | Galaxy S30
Samsung is almost always named in the same sentence as Apple or when discussing the latest mobile phones. Samsung has really upped the ante in recent years with its revolutionary designs and has made its own identity as a giant in the same rank as Apple.

Depending on who you ask, it will vary as to who is better, but both Samsung and Apple are considered the elite by fans.

Samsung is rumored to launch its Galaxy Note series as the Note 20. The new naming style sees Galaxy using units of 10 with each new series. Regardless of what will be the official announcement, it is anticipated to be called the Galaxy Note 20 after the current Note 10.

As for the Galaxy S20 series, it too will be continued as S30 instead of S21 as of now. However, Samsung may consider switching to S21 as it will tie up nicely with the year 2021.

The new releases by Samsung will have the Snapdragon 888 processor and it will be a horrible surprise if they do not support 5G. Samsung is considering many changes to keep the mobile phone price as low as possible. But it is unlikely they will vary too much from the current standard of thousand-dollar phones.

The great news for Samsung fans is that they will not have to wait too long as the new phones are expected to hit the market in January. Without any reliable leaks even as we are in December of 2020, we can only wait to see what amazing design innovation will be revealed.

Being in the Android market, Samsung faces tough competition from other Android smartphone manufacturers such as Xiaomi mobiles, Oppo mobiles, Vivo phones, Huawei, etc. as budget options that have a modest grasp on the market among Android users. So, while it may face tough competition with other budget smartphones, in terms of performance, Samsung will continue to provide high-end mobile phones as we have seen in recent times.

3. OnePlus: OnePlus 9 | Nord SE
Among the flagship brands like Samsung and Apple, a phone that has established itself as one of the leading manufacturers of the latest smartphones is OnePlus. It is also due to bring to market its latest flagship model the OnePlus 9 in 2021.

The reputation and value of the OnePlus 8T are simply incredible in the latest mobile phone market. With stunning features that are on par with the likes of popular Samsung mobiles, OnePlus comes at a significantly lower mobile phone price range.

They may have started as a mid-range mobile phone manufacturer, but now they are definitely on the high-end market. Among its budget options, the Nord series by OnePlus is expected to release the Nord 2 that may be called the OnePlus Nord SE.

OnePlus is highly reputed for its wireless charging systems and it is expected to be extremely fast charging in its latest mobile phone models.

4. Microsoft: Surface Duo 2
Here is a name that we don’t hear too often in the smartphone market – Microsoft. However, the hype surrounding its Surface Duo released in 2020 for an incredible 1500 US dollars, it is back with a bang.

Yes, many have questioned the worth of the device for the incredibly high mobile phone price, but it may be looking to redeem itself in 2021 with the Microsoft Surface Duo 2.

The specification of Microsoft’s latest mobile phone is not something that is beyond the standard of what we’re seeing from other manufacturers, but the price is of course due to the long-awaited innovative design of a foldable phone.

That in itself is the sole reason for its high price tag and those who are up for getting their hands on the innovative, futuristic design, will not be fussed at shelling out big bucks for its latest mobile phone.

Cannot wait to see how they can improve upon the big bezel surface duo in 2021, hopefully, the foldable phone can look a bit sleeker.

Yes, in the recent decade, they’ve worked harder to make a comeback in the mobile phone market with their smartphones. But it is also true, that they’ve been humbled by the likes of Microsoft, let alone giants like Samsung and Apple.

However, with renewed hope and determination, they are waiting to bounce back with a big bang in 2021 with their Nokia 10. The latest flagship device by Nokia is expected to be a giant killer of sorts, with an innovative camera focused design. It is also rumored to be supporting 5G, and it would be foolish to plan otherwise.

The Nokia 10 was due to be shown off at the Mobile World Congress 2020, but of course, the cancellation of it has shifted the plans of Nokia just like many others. However, since it was ready for the sneak peek, we should be able to see it in the first or second quarter of 2021.

While there are no reliable leaks or announcements, we are soon to find out what they will bring out in 2021 to compete with the giants of the smartphone industry.

Conclusion
Hope you have thoroughly enjoyed reading about the latest mobile phones that we are expected to see in 2021 by giant smartphone manufacturers.

With 2021, just around the corner, we don’t have to wait too much longer. Which of the top 5 upcoming smartphones of 2021 are worth the wait for you?